Tactical soccer based on the popular anime 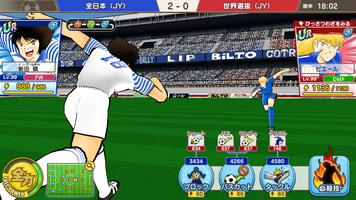 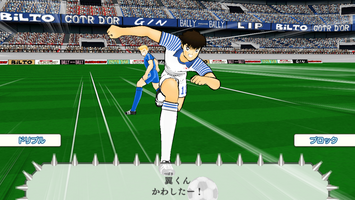 Advertisement
Captain Tsubasa - Fight Dream Team is a videogame for Android based on the well-known manganime of the same name, where you're in charge of a team made up of iconic characters like Ozora Tsubasa/Oliver Atom, Kojiro Hyuga/Mark Lenders, and many others.

The game's main hallmark is that, just like what happens in most games released for consoles, it has an unhurried gameplay where you have to decide what action to take each time a rival comes at you or you're in the zone. Each action costs a certain amount of energy and each player has certain pros and cons when facing two other character profiles, as if it were a 'rock, paper, scissors' game.

Through this unique gameplay, you can make all sorts of offensive and defensive plays, from dribbling toward the rival or jumping to intercept a long pass, to performing some of the players' many special shots.

Captain Tsubasa - Fight Dream Team is an interesting video game both for fans of the saga, as well as anyone who's looking for a soccer game that's different from most games with real-time development.
Reviewed by Raúl Rosso Translated by Sarah

The game is only available in Japanese at the moment.
Advertisement

Why is this app published on Uptodown?
(More information)

The game is nice, but it is very difficult to contract dm input nodules not even 1 dm playing games for 50 dm for a full 3 hours like plus yedmiyo! It stays like nGenerally the game gave the player sk...

I just love it.

The best game in the world 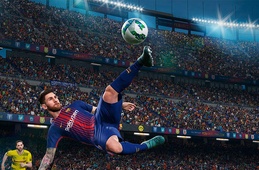 One Piece Treasure Cruise
Relive the adventures of Luffy and his crew in turn-based battles
Bleach Brave Souls
Official video game for Bleach the anime
JoJo's Bizarre Adventure Stardust Shooters
An amazing and epic action game
Yu-Gi-Oh! Duel Links
The most spectacular Yu-Gi-Oh! card duels
SWORD ART ONLINE: Memory Defrag
The official game for the popular manganime
One Piece Thousand Storm
3D battles with the characters from One Piece
Fate/Grand Order
The world is ending and there's only one way to save us all
NARUTO X BORUTO NINJA VOLTAGE
Defend your village and compete against other Hokages online